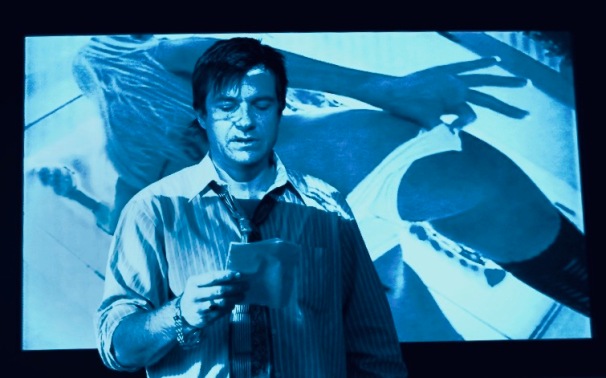 If you think about it, with the cavalcade of carnage causing criminals cavorting across the screen, writer/director Joe Carnahan’s SMOKING ACES really is like a live action version of MAD MAD MONSTER PARTY. The only discernible difference between the Rankin/Bass animated stop-motion masterpiece and Carnahan’s gleefully gory story? One has catchy musical numbers. The other essentially replaces song and dance with bullets and blood.

Among Smoking‘s cast of crazies, the Tremor brothers tend to be the fan favorites.  Their body count bonanza is the fast paced flick’s most heavily armed and anticipated moment.  The elevator bank shootout has the same high energy of a Three Stooges episode. The only discernible difference? While one trio use slapstick to cause harmless hilarity, the other three whisky-tango homicidekicks armed with blades and bullets.

The Tremor Brothers and The Three Stooges: nearly identical acts.

Carnahan is known for his ability orchestrating memorable mayhem. Yet if you’re keen to the screen during dialogue scenes careening between the gunplay, you’ll find there’s grins to be had within all that chin wagging. The best culprit cutting it up? That would have to be Rupert ‘Rip’ Reed.

On the scripted page, Reed is described as “mid 40’s…wound out, worn thin, half drunk”  and “excruciatingly un-hip.”  Jason Bateman isn’t the first actor I’d picture in the part. He’s not even the fourth. Or the 9th. Luckily, Carnahan is the man with a knack for casting actors right for roles he’s written.

Bateman goes all in for the character. He forsakes vanity (and possibly showers) to deliver Rip Reed in a feast of greasiness and terrific tangents that had co-star Ben Affleck barely able to keep the grin off his face. Affleck truly loses it during Rip’s “bones it…” handshake tutorial. Watch as he’s forced to turn away, unable to keep it together as an audience to Rip’s (almost) standing room only one-man show.

Which brings us to Rip Reed’s spinoff project. It could be tricky to form a feature length flick around the mob attorney hiring bounty hunters for various skip tracing assignments unless Reed’s involved with the dangerous deeds. Even then, it just wouldn’t work. But can you imagine if Jason Bateman reprised Rip Reed as daytime talk show host interviewing guests invited up into his forever messy motel room?

As luck would have it, Tinseltown Takedown has done the imagining for you. Here’s how the opening segment of Rip Reed’s Bones It, Padlock It, and Put The Chain On It Hour might look. Someone wanna get Netflix on the horn?