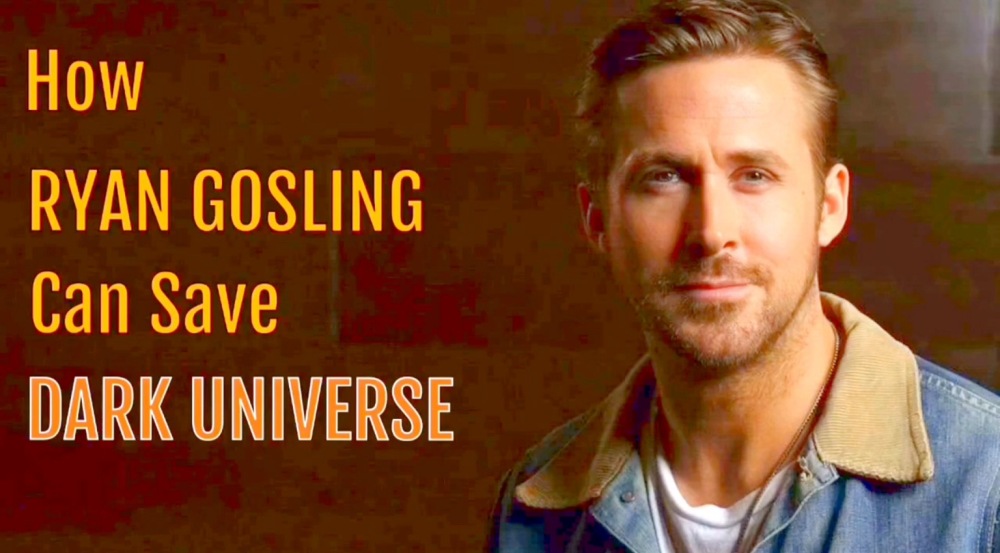 REVEALED: The Flaw In The Franchise Nobody Wants To Talk About

With Dark Universe fanfare finally unfurled, followed by a forgettable first feature that wasn’t very much of anything as a result of trying to be everything, it looks as if it’s all-eggs-in-one-basket time for Donna Langley and the gang over there at Universal Pictures. No backing out now. Certainly not after announcing an ambitious slate of creature features allegedly to keep coming our way for the next decade. Best to get down to the shank of the matter.

In a word, the fatal flaw of Dark Universe is: SEX.

Sex sells. Never goes out of style. Even if it’s done half right it ain’t wrong.

If a person you were attracted to walked up and offered you moral quandary-free sex,  you wouldn’t turn it down. It’s just flat out lying to yourself to say you would.  As observed by the poet laureate Diamond David Lee Roth, “Everybody wants some. I want some, too.“

Why else is hottie actress Brenda Song introduced in The Social Network as if she’s going straight from class to her shift at the Peppermint Panda? For the same reason I put her picture right about here.  “Everybody wants some. How about you?”

But I digress. Do that when I’m drunk. Add hot Asian women into the mix and someone better call my lawyer. Where was I..? Oh yeah…

Here’s the thing: there’s nothing sexy about Dark Universe. Superheroes are sexy. Monsters are not.

Some of you right now are thinking: “Oh yeah? What about Dracula?” That really counts on who’s playing the Count. Universal’s anemic Dracula: Untold is monster non grata when it comes to being part of Dark Universe. There’s no signs of a bloodsucker reboot on their production slate, so looks like bats it for Drac.

Don’t even try to suggest Frankenstein’s Monster can be sexy. Just don’t. It doesn’t work if the Monster looks stitched together from the bodies of freshly dead male models from Abercrombie & Fitch. Remember the last movie that tried to give a makeover to the Monster?

To give you an idea of how bad I, Frankenstein was, Hollywood has a pretty firm “three films bomb in a row” ruling that lands you in career jail (unless you’re Jennifer Aniston or Colin Farrell). It’s rumored that after this wanna-be Underworld knockoff flatlined on Friday’s opening weekend, star Aaron Eckhart turned his career in to Hollywood jail on the advice of his agent. On Eckhart’s advice, the agent went to have sexual relations with his own mother. Outside the already-in-the-can London Has Fallen, Eckhart hasn’t been seen as a lead on big screens since.

Movies being a visual medium and all, you have to be seen to be sexy, so that’s that for The Invisible Man. Doubtful there’s going to be any love scenes for the Creature From The Black Lagoon or the Wolfman or the Hunchback From Notre Dame.

There’s absolutely nothing to say of in any hopes for potential female T&A.  As of post date, the Bride of Frankenstein is the only female creature featured in this monster’s ball. The powers that be have decided to make her the next movie out of the cannon before the groom – arguably one of Universal’s most iconic monsters – despite the role of the Bride has yet to be cast and a script isn’t complete. It don’t get more back asswards than that.

That brings us to theses guys. The leading men of Dark Universe.

It doesn’t help that at 48 years-old, Javier Bardem is the puppy of the bunch.  Tom Cruise, Russell Crowe, and Johnny Depp are now on the front porch of their 50’s. Let’s be clear,  I’m not knocking these guys for their natural age. Yours truly happens to be on the lower step to the same porch. Any of you outrage addicts ready to cry “Ageism!” will have to find your fix elsewhere.

My point is by the time the first wave of Dark Universe movies have come and gone from the theaters, the majority of the leading men will be well into their 60’s. Crowe already looks like he ate Maximus, Depp will probably have gone full-Brando by then, and after a recent injury doing a stunt on the latest Mission Impossible movie, Tom Cruise is finally showing signs he’s human.

If Dark Universe hopes to be the Marvel “Monster-verse” it desperately wants to be, its time to find fresh blood under 40. Unfortunately, most of those actors are employed by Marvel  and too busy to juggle another demanding franchise. One such actor with no solid attachments (as of yet) to any franchise is Ryan Gosling.

One heretofore undisclosed talent of the moody dude could go a long way for the producers behind Dark Universe if they should wise up and drop the po-faced tone that goes wobblycock with each set-to-the-clock punchline. The flailing franchise needs to find footing on lighter ground. This would pave the way to the ‘Abbot and Costello Meets…‘ type movie with the whole cavalcade of creatures appearing onscreen.  This would bring the boomers to the box office while capturing the curiosity of younger generations. Guaran-fucking-teed.

The good news is Gosling displayed crackerjack comedic timing in The Nice Guys.  Bad news is it’s a movie very little people saw. By that I don’t mean only little people, you know like midgets. I meant little as in a few. Point is, check out this scene from The Nice Guys where Gosling goes full Costello. It’s dead on and fucking brilliantly sold.

Although sources say that the studio is courting Dwayne ‘The Rock’ Johnson, there’s been no annoucement on casting for The Wolfman. Here’s the thing: no one says the  actor playing The Wolfman when he’s just a man has to be the same actor who plays the Wolfman transformed. That gave me – what I predict people will be saying later – a tremendously unique idea that they’ll remember for the rest of their lives.

With a little help from another actor proven suitable for the part, take a look at this short sizzle reel produced by Tinseltown Takedown: How Ryan Gosling Can Save Dark Universe:

I know, you’re speechless. It’s that brilliant. Take the weekend to soak it in. Rewatch for the little nuances you missed the first time. Share it with a co-worker, neighbor, or the girls down at the Peppermint Panda. Show and tell as many people as humanly possible. Who knows, if we share this with enough people, maybe it won’t just be Ryan Gosling that saves Dark Universe…