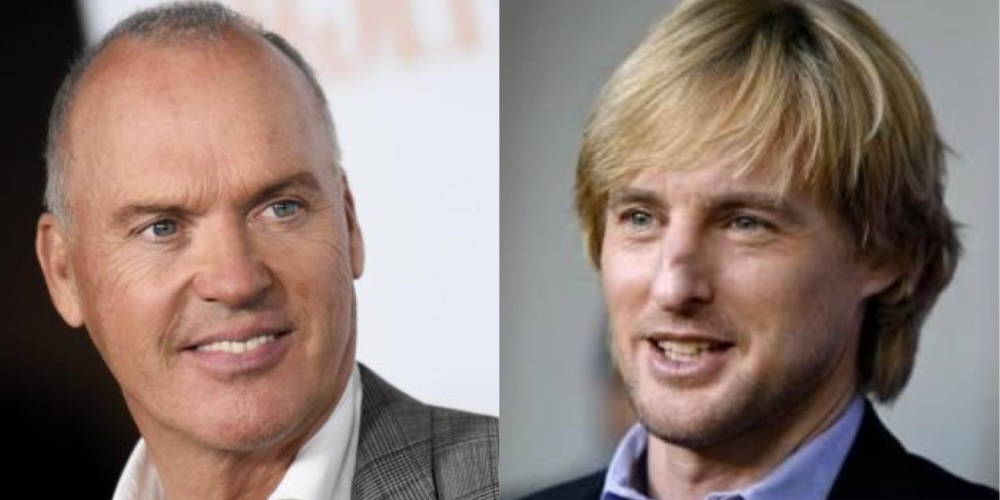 Looks like I wasn’t the only one wondering why Michael Keaton and Owen Wilson hadn’t shared the silver screen together. Any studio suit will tell you the potential pairing of these two comedic cut-ups is a sure bet at the box office. Seems the problem has been timing and the crucial script.

Sure, he’s been spending time in line at the drama buffet and get a seat to eat with Oscar, but make no mistake: Keaton can still deliver crackerjack comic timing. His greatest talent is submerging himself into some seriously off-the-wall hilarious characters. We both know there’s no need to say the name once, let alone three times.

The perfect match for that manic energy comes courtesy of the Butterscotch Stallion himself. The trademark laconic drawl suggests it’s always a wake ‘n’ bake kind of daze with Wilson. His onscreen laid back vibe translates to the guys wanting to down brews with Browen while the gals want to play kitty cat to his hang dog puppy charm. He’s been dieting on drama every so often, but something tells me Wilson’s been hunkering a hankering for another hard R comedy.

Get ready to get happy. The two crafty comic actors appear to have holding out on us and shot a new comedy movie on the sly. As the following clip shows, they were way ahead of us with this idea.